Skip to content
Windmills? Shit-hot cheese? Men in wooden shoes? Yep. We’re in Holland! But never fear, we brought enough rum from Cuba to sustain another four Rum Diary entries before the sweet, dark amber liquid runs dry and prices in euros force us into bargain bin beers at the Lidl instead. 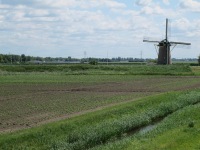 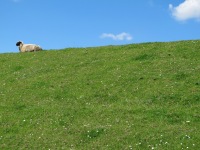 We bought this bottle of Ron Santero 7 Años at Havana International Airport with our last remaining CUC’s. What we didn’t realise (though probably should have after three weeks in Cuba) was that we’d have to pay for the compulsory seal-able duty-free bag to put the damn thing in. A few awkward moments ensured while we searched our pockets & bags for hidden CUC’s. In the end I gave the chica a euro which I’m pretty sure makes it the most expensive plastic bag on earth.

This photo was taken on the train from Frankfurt to Rotterdam, but don’t worry, despite months of socially acceptable public drinking even we’re refined enough to realise that this probably wouldn’t fly with the notoriously humorless German police.

Instead we waited until we were back in Oud Beijerland to crack this baby open. Maybe I’ve become a bit jaded but I give this a ‘meh’. The thought of the one euro bag it came in didn’t help me love it more (man, I’ve become such a tightass). Perhaps it just suffered from coming immediately after the ultra-cheap and tasty Paticruzados…this is the problem with so many rum diaries in quick succession!!